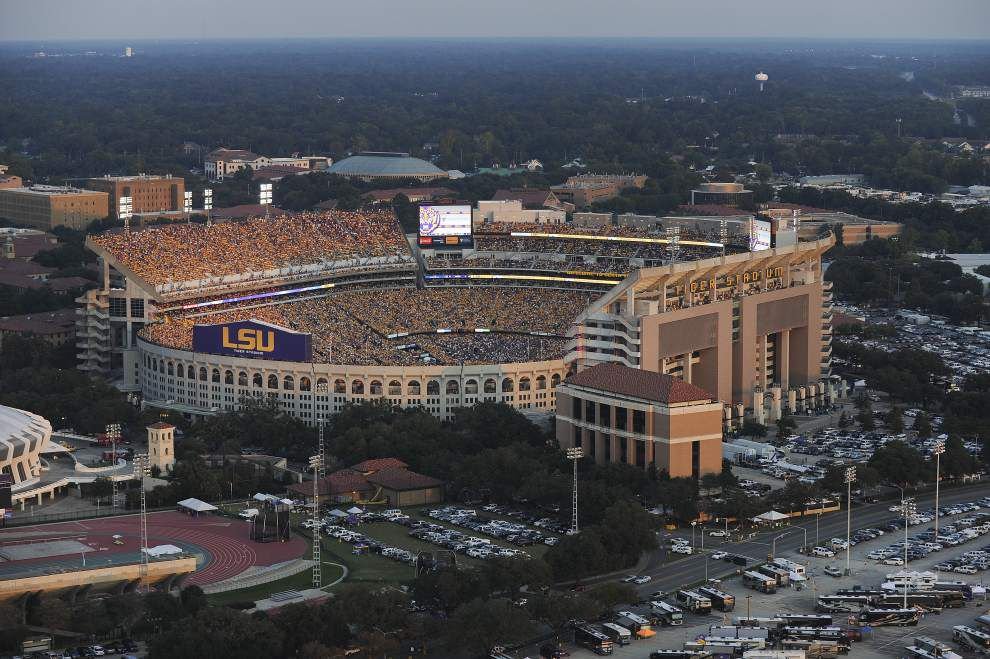 Louisiana Tiger Stadium is where all the magic happens. To date, it has the capacity to accommodate more than 102,000 spectators to cheer on their home team, LSU Tigers. The name death valley came about after the 1959 Sugar Bowl in which the LSU Tigers football team beat Clemson. Other than the LSU Tiger Stadium staging football matches, it hosted the Grantland Rice Bowl in 1974 and 1975, the Inauguration party of Governor Edwin W. Edwards in 1972, and the Bayou Country Superfest from 2010 to 2016. Today, the LSU Tiger Stadium is the eighth largest stadium in the world, the third-largest stadium in the Southeastern Conference, and the sixth-largest stadium in the NCAA. It has unique features that make it stand out, including two new HD video boards in the new South Endzone Upper Deck (installed in 2014 in each corner) and the yard lines marked in five-yard intervals.

The LSU Tiger stadium, also known as the ‘Death Valley’ is home to the LSU Tigers football team. It is located in Baton Rouge, Louisiana, on the campus of Louisiana State University. Since its opening in 1924, it has undergone renovations on the eastern and southern sides to accommodate more seats.